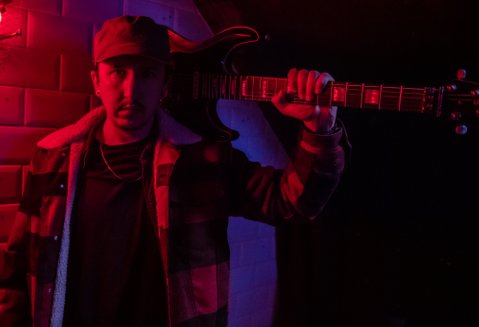 His style also mixes elements from classic and electronic music adding a sophisticated environment to the songs. In the early days he joined brazlian instrumental rock band Abrasa which opened for many of the biggest underground bands in Brazil such as Dead Fish and Garage Fuzz playing in several states of the country.

Later on embarks on a new venture to the UK and forms together with John D. Prasec a fresh and very exciting metal project, Voltstorm.