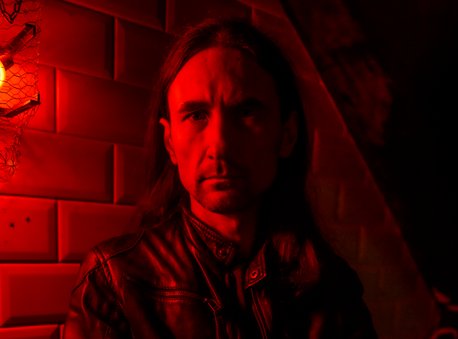 Ivo Yordanov is a power metal drummer from Bulgaria. Started to play drums in the early 90s influenced by bands like Halloween, Gamma Ray and Rage. Later on came to London and began his musical career as member of the punk band Misconducters and recorded two EPs. In 2009 joined a new project RIP Sanity, with whom he recorded two EPs.

Since then Ivo has drummed for the bands 80’S Power, Deathtrip Armada and Skyward performing many gigs in the UK such as the Skyward live at Power Metal Quest Fest 2018 in Birmingham.

A new opportunity arose in April 2019 when Voltstorm members auditioned him for the seat.