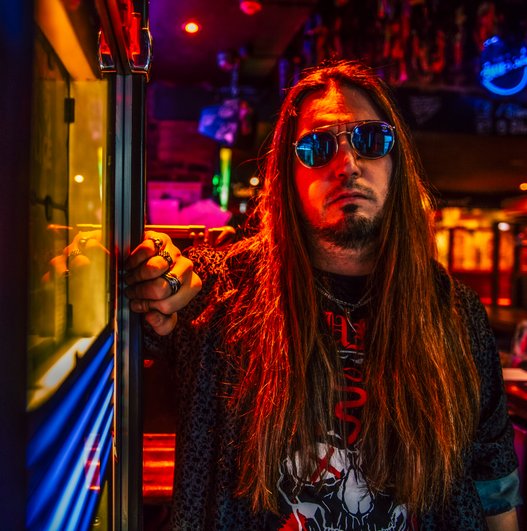 John D. Prasec is a British Hard Rock singer who is known for his passionate performances on stage and powerful vocals. The year of 2003 was the turning point for John’s career, when he decided to fully commit to music, after being stroked by legendary band Whitesnake performance at the Hammersmith Apollo. John’s catchy lyrics expands from a highly energetic and positive lifestyle to more recently self empowerment, social and political awareness.

In 2012 got signed by Prisco Productions in Milan and released his first single God Save Rock and Roll achieving an impressive 44 position in the Italian iTunes Charts. Has then played to crowds of over 4,000 people, and performanced as front man of the NWOBHM legends Ritual during their reunion tour of 2014. Over the years toured internationally to support the release of his latest solo work Unchained in Italy, Slovenia, Croatia, Austria, England and Argentina.

In 2019 John meets lead guitarist Fred Stigliano and drummer Ivo Yordanov and together they start their most ambitious project to date, Voltstorm.